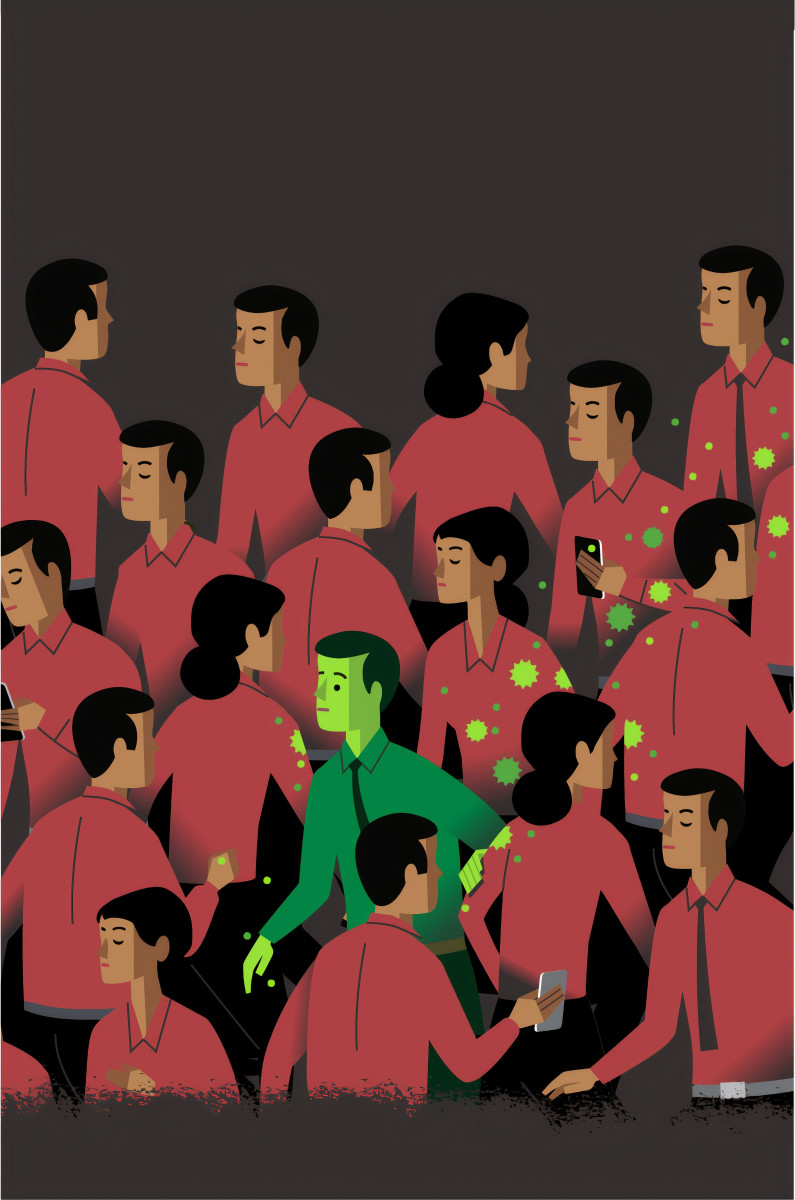 “Giving the cold hard facts on people being inconsiderate and partying during a global pandemic in good ol’ Lowell,” says the account’s bio. “Send us an anonymous DM.” The first post is an image stating “COVID @ LOWELL” with a caption similar to their bio.

After being accepted to follow this account, the Connector sent a message to the account requesting an interview through direct messages. The account responded quickly and enthusiastically said agreed to be interviewed. At first, they were worried about remaining anonymous and said that they did not want to disclose certain information.

After certain information would be used to verify that the account was not a scam or bot, the account said that all messages may be shared and began answering previous and following questions. The account says it is run by a group of people in the Lowell area, and would not say on whether they are students. They said that they are looking for parties in all areas of Lowell, but anticipate learning about the most parties being run by UML students.

The account was created after members of the group saw posts on Snapchat and wanted to make people aware of the issue of people partying during quarantine. On September 7, 2020, the account had not yet received any evidence of parties in Lowell. On September 8, at nearly midnight, they received their first message stating that there was an off-campus party with on-campus residents in attendance.

The account has no connection to other accounts claiming to look for evidence of parties in Lowell and at UMass Lowell, such as @covid_19uml, which currently has no profile picture, profile name, bio or posts.

The account said that their goal is to “bring awareness that there are social gatherings happening to those who should be looking deeper into controlling the coronavirus pandemic so there are not outbreaks.” They are not aiming to get any specific people in trouble, but instead, want to bring awareness to what is occurring in the area.

In Massachusetts, COVID cases have increased by 229 within the past two days. Out of these 229 cases, 40 of them were in Middlesex County, which is the county that Lowell is located in. In total, there have been 123,000 cases of COVID in Massachusetts, with 25,752 cases being in Middlesex County. In Lowell, there has been a total of 3,196 confirmed cases with an average of 4-8 new cases per day over the last fourteen days.

The case numbers in Lowell are from before students moved into residence halls on August 24 (with the exception of early move-in dates from August 17 to 21). The first case in Lowell was in mid-March, soon before students left campus for spring break. They only returned back to campus to retrieve their belongings, as they were instructed to move out after cases had spiked in the country. Therefore, most cases in Lowell cannot be blamed on UMass Lowell.