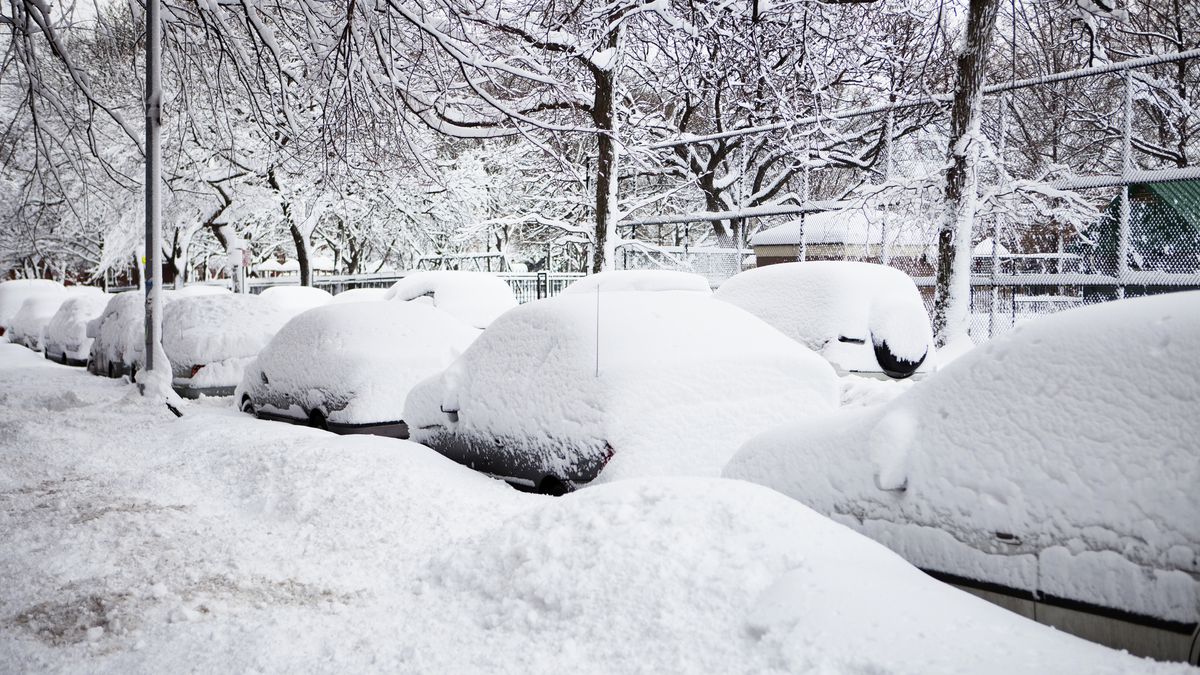 (Photo Courtesy of Boston 25 News) Lowell was recently buried under two feet of snow during a winter storm.

For UMass Lowell students enrolled in virtual classes, the longed-for snow day has disappeared. Although in-person classes might become normal again in the future, it begs the question: are snow days gone for good?

Kerry Donohoe, the dean of academic services, says no.

“I don’t think that snow days are gone forever, because I actually truly believe that we will be back in a much more normal way for the next academic year,” said Donohoe.

She says it is not even guaranteed that virtual classes will happen every snow day.

According to Donohoe, a committee consisting of members from the Life Safety and Emergency Management department, Facilities Operations and Services, Academic Affairs and Residence Life determine whether or not classes will be in session during snow days and other class-threatening situations such as flooding. Donohoe says that this normally concerns the 6.5 miles of sidewalks and walkways and 2.2 million square feet of parking lots on campus, but now, the committee has to monitor for power outages or the potential for them.

“The kind of trigger [to] cancel virtual [classes] would be if we were not able [to deliver them], or that we anticipated that there would be massive power outages in the area,” said Donohoe.

Virtual classes have the potential to give faculty more room to maneuver when in-person classes cannot be held, such as when large snowstorms hit the area. In 2015, when students were mostly on campus, a series of large snowstorms hit New England, and Donohoe said UMass Lowell had to cancel the first five Mondays of its spring semester.

While being able to continue having classes in these situations is beneficial, there are also some disadvantages, especially when students are mostly at home.

“I think the underlying thing that is a challenge for everybody—and when I say everybody, I mean students, faculty and staff—[are] the multiple things that we’re all balancing. I think…that gets exacerbated with a snow day,” said Donohoe.

The 1,100 students that are projected to live on campus during the spring 2021 semester may or may not have virtual classes on snow days depending on their situation, says Donohoe. Students with virtual classes will continue to have them on snow days. Those with in-person classes might have materials sent to them asynchronously by their professors if their classes are canceled, she says.

UMass Lowell has not had virtual classes on snow days in the past because of a variety of reasons. According to Donohoe, the faculty has always made sure that their lesson plans were flexible enough to deal with snow days. After the snowstorms in 2015, they began incorporating asynchronous assignments and using Blackboard, but with a majority of classes being in-person—and the infeasibility of switching to a completely virtual platform when a storm suddenly hit—virtual classes were not a priority. However, the pandemic changed that.

“It was the pandemic that just really forced colleges and universities and K through 12, you know, systems across the country, to really develop virtual models separate from online,” said Donohoe.

“On-campus classes were canceled and virtual continued as scheduled. And that was consistent with colleges and universities across the state,” she says.