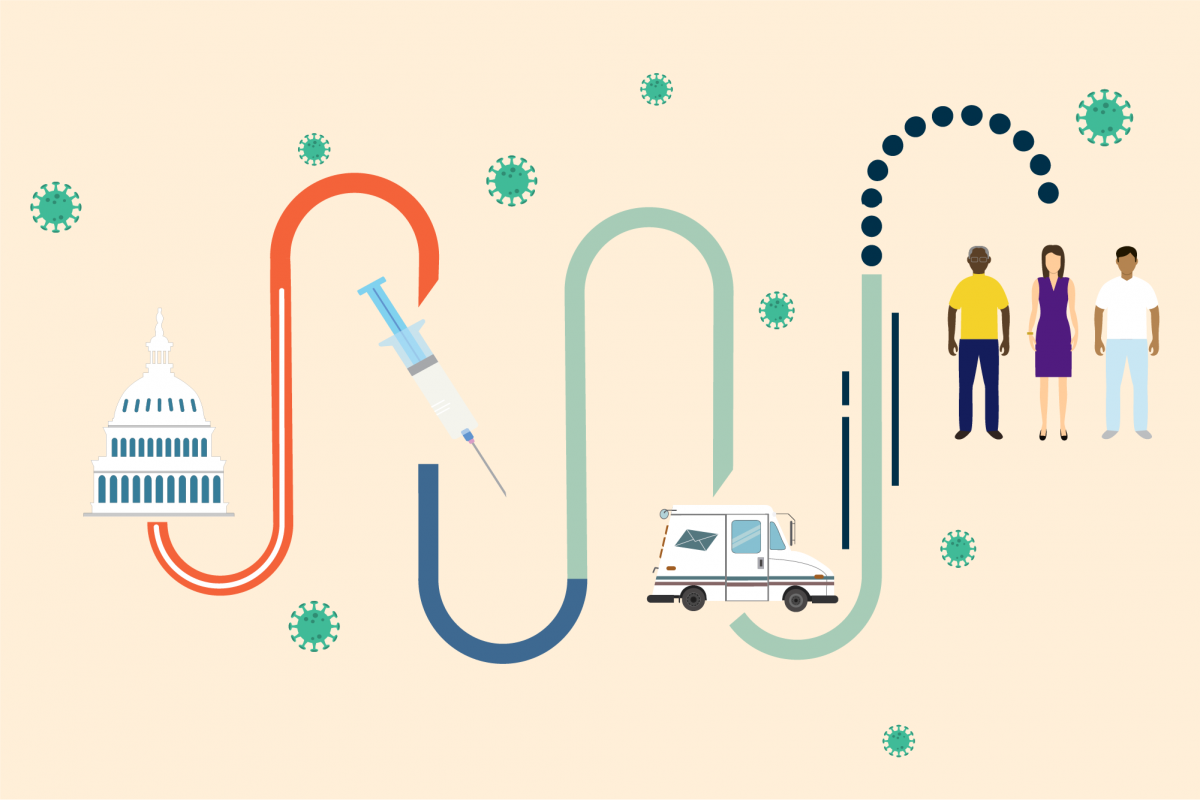 (Photo courtesy of Thirdway.org) With the Corona-virus pandemic still on going, the question and concern over the equitable distribution of the vaccine is an ever-growing and pressing issue.

COVID-19 spurred a global pandemic that has struck the United States particularly hard. As of February 2021, cases have reached 27 million in the country alone, with over 400 thousand deaths. Philly Fighting COVID is a Philadelphia-based nonprofit that 3D prints and distributes personal protective equipment. The organization, which was started by a group of college students, worked to open a testing site in a neighborhood without one.

Philly Fighting advocated for itself even before Moderna and Pfizer came out with their vaccines. Their goal was to help distribute vaccines to healthcare workers without affiliations to major hospitals, as well as people of underrepresented communities. Critics of Philly Fighting COVID say they failed to uphold its promise.

Philly Fighting’s website launched amidst confusion with the official city site. Eligible citizens were confused as to which website they should use to sign up to be vaccinated. Another issue was how anyone with a link could sign up for a timeslot to be vaccinated, regardless of eligibility. In a press release, CEO of Philly Fighting, Andrei Doroshin, admitted to taking home vaccines after an event to inoculate his girlfriend.

On Jan. 9, UMass Lowell released a press release about the recently developed Moderna and Pfizer vaccines. The statement discussed the actions of the U.S. and global governments in vaccine development and distribution.

Dr. Timothy Ford, Chair of Biomedical and Nutritional Sciences, spoke in-depth about the importance of the equitable distribution of vaccines. “There’s been a lack of communication, certainly,” Ford said. “But there’s also, of course, been denial of the problem, which in itself has contributed to the lack of sufficient vaccines to be distributed.”

Ford said that the United States withdrawing from World Health Organization is a dangerous precedent, as global cooperation is needed now more than ever. “With any global vaccination program, you literally have to attempt to vaccinate close to 100% of the global population.”

With new varieties emerging, close to 100% global vaccination is very important. Only vaccinating a certain population, such as the whole of the United States, can lead to mutated viral strains from elsewhere in the world. This could set up the country for another pandemic even if every U.S. citizen gets vaccinated.

“That’s the reason the smallpox vaccination campaign and the polio vaccination campaign was successful. The World Health Organization had a very broad reach and had … gone out to every community around the globe to administer the vaccines to those individuals,” said Ford.

Nationalism and the lack of systems in place to get the vaccine to every single person would endanger the entire vaccination plan.

Ford said, “You’ve got minorities that are undocumented and lack health insurance. And that’s a huge problem to begin with because they’re going to be scared to go for a vaccine because they’re going to have to admit that they’re undocumented in the process.” He said he hopes that the Biden administration puts in place plans to mass vaccinate everybody, regardless of their immigration status.

Ford said that shipments of vaccines sent into areas of civil unrest are unlikely to end up in the hands of healthcare workers but end up vanishing. He said that because COVID vaccines are considered a valuable resource, he worries about that wealthy people will use black markets and scramble to get ahold of the vaccine. “That in itself creates an inequity, particularly if there’s a shortage in supply.”

Ford said that it is important for people to trust healthcare workers in minority communities. He said that distrust can be damaging to the efforts to vaccinate. “You have to try and figure out how do we build trust with these communities. … It’s a long process, and to break through that with a vaccine is problematic to begin with.”