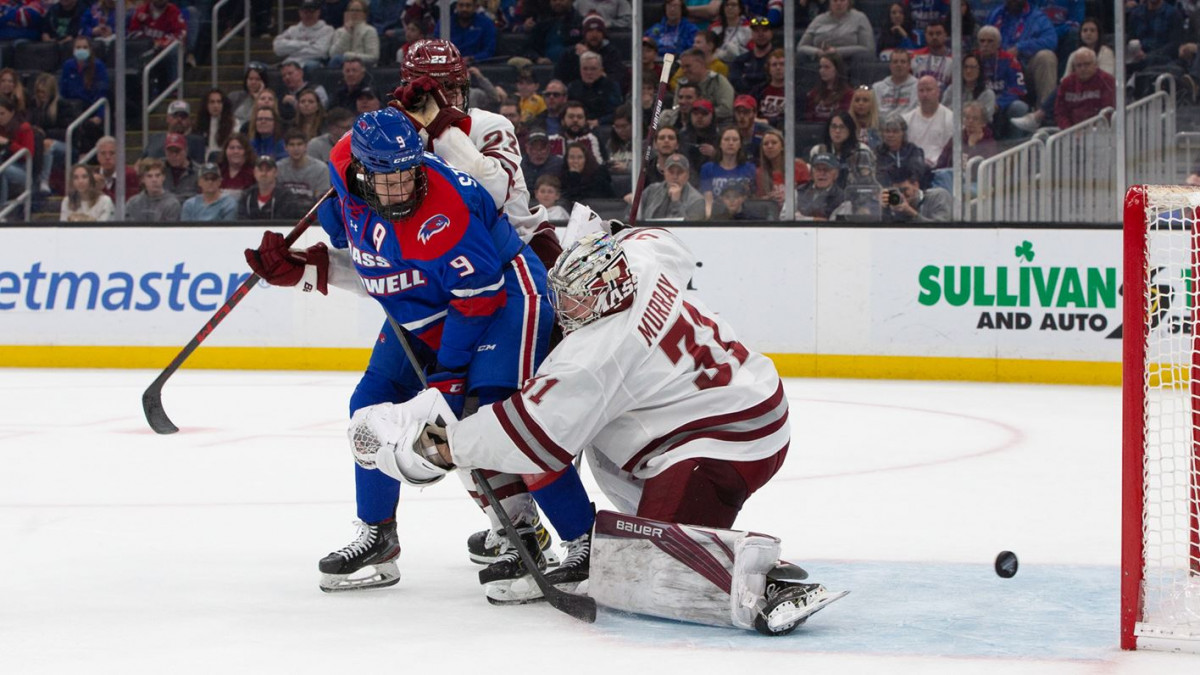 Last Friday night, the UMass Lowell men’s hockey team lost to UMass Amherst 3-1 in the Hockey East semifinal game at the TD Garden. Lowell was seeded third in the division and Amherst seeded second. Despite Lowell having a total of 23 shots to Amherst’s 19, they were unable to pull off the win.

This marks the end of Lowell’s regular season with a record of 21-10-3. Lowell will now await the NCAA tournament selection to see if their mostly successful season will continue. Amherst will move onto the Hockey East title game to play UConn. This will be their second straight championship appearance and a rematch from last year. This was Lowell’s 20th time in the semifinals since the program’s creation.

Goals for Amherst came from three different players: Garret Wait, Bobby Trivingo and Jerry Harding. Lowell’s lone goal came from Matt Crasa deep into the second period. Wait’s goal was scored on a power play in the first period with assists form Scott Morrow and Josh Lopina. Trivingo’s goal was also scored in the first with an assist from Wait. Lastly, Harding’s goal came late into the third unassisted.

Lowell’s star goaltender Owen Savory had 16 saves on the night. Savory made an acrobatic stop midway through the first, but soon after let one in from Wait on the power play. Amherst’s goalie Matt Murray ended the night with 22 saves.

Lowell outshot Amherst 13-2 in the second period. They were able to sneak in one goal of the 13 from, as stated before, Matt Crasa, who had a total of four shots on the night. Murray made many impressive saves throughout the period. The period ended with Lowell trailing by one with a score of 2-1.

On the game, Lowell’s head coach Norm Bazin said, “Congratulations to our opponent, they were a couple goals better than us tonight. I liked our effort, but I thought our execution was off. We had two unconventional goals against and that came back to hurt us. I like this group a lot and I hope we get to play another game because I think we have a better game in us than what we showed here tonight.”

Lowell has been selected to compete in the NCAA Tournament and will play Denver this Thursday. Hopefully for fans, their season will continue.