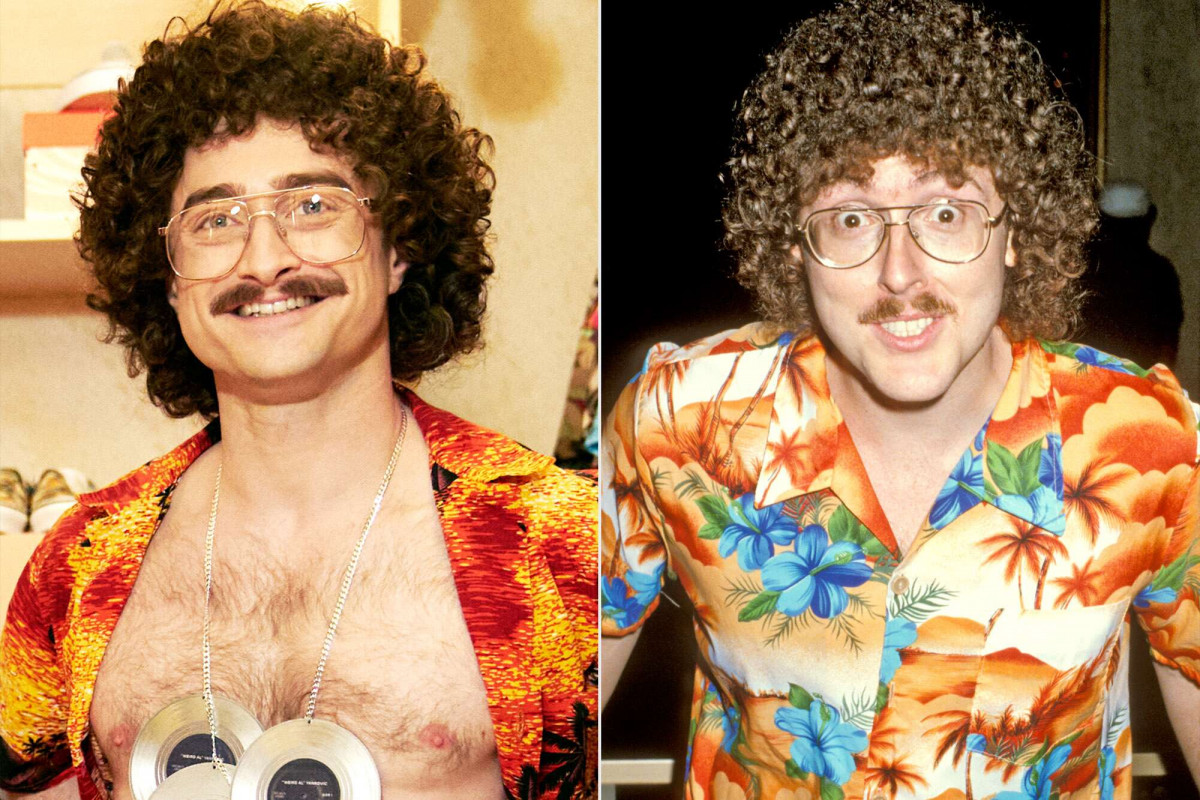 (Photo courtesy of Entertainment Weekly) Daniel Radcliffe steps into the role of the parody icon, to great results.

“Weird: The Al Yankovic Story” is an absurd comedy that contains multiple fight scenes, the drug cartel, a ton of goofy parody songs and a wig that won’t quit. In true Weird Al fashion, the movie is poking fun at the genre of musical biopics, especially with the rising popularity of the genre recent years. With scenes referencing Elton John’s “Rocket Man” and Queen’s “Bohemian Rhapsody”, Yankovic delivers what he promises.

The plot is beyond unbelievable, telling the “true” story of how Weird Al came to be. The movie starts with a shocking implication, and just gets stranger from there. The film takes its liberties in embellishing the story, as all good biopics do, and shows Yankovic as an action star and committed boyfriend of Madonna. With an after-credit scene worth standing by for, it leaves the audience dazed and asking questions.

Daniel Radcliffe takes the title role and delivers an amazing performance. Outfitted in a curly wig, Hawaiian shirts and a pair of Vans for most of the film, he brings Yankovic to life. Radcliffe grabs the audience’s attention and does not let go. He delivers the weirdest and most out of the blue lines with sincerity and added drama.

Evan Rachel Wood stars across from Radcliffe as the movie’s villain and love interest, Madonna. She plays into the absurdity of her character, snapping gum and perfectly playing up the bad influence and queen of pop. Wood and Radcliffe play off each other in the most dramatic and comical scenes in the world of parody music.

The rest of the cast is made up of incredibly famous cameos including Jack Black, Rainn Wilson, Quinta Brunson, Josh Groban, Lin Manuel Miranda, and even Weird Al himself. The film is incredibly star studded, but this does not take away from the story. Aside from actor cameos, the characters they play are also a treat for fans of the pop culture industry. Alice Cooper, Andy Warhol, Pee Wee Herman, Elvira, John Deacon, Salvador Dahli and even Elton John make appearances in a pool party scene.

The script, co-written by Eric Appel and Weird Al Yankovic, delivers on every aspect they promised. Every scene delivers multiple laughs, with well-timed jokes and perfectly placed accordion songs. The movie marketed itself as a mockumentary biopic, leaving viewers with more questions than answers it delivered. The story the movie sought to tell, how Weird Al became famous, gets told along with what is an exaggerated and fictional story of him being famous.

This movie is everything audiences expected from Weird Al. It plays off all the tropes of a traditional biopic and makes a joke of everything. There is not a scene without the goofy and over-the-top personality of Yankovic on display. The film is enjoyable, quotable and leaves audiences wanting more. The content of the story will leave audiences thinking about Weird Al in a way they never have before.

“Weird: The Al Yankovic Story” is streaming free on the Roku Channel.