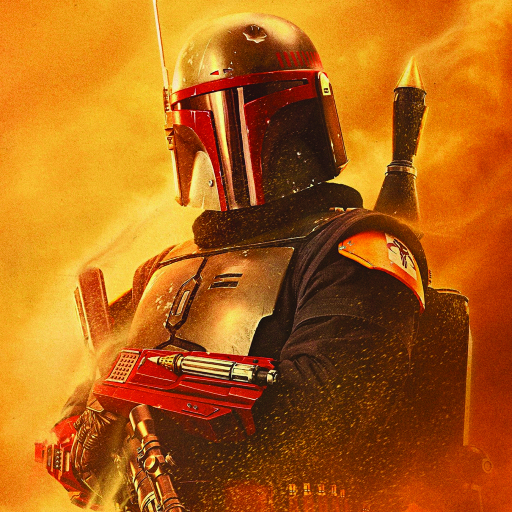 “The Book of Boba Fett,” which arrived in December 2021, stars the titular Star Wars fan-favorite character of the same name. The season premiere left fans with mixed reactions, garnering praise for the scenes focusing on Boba’s flashbacks. But, for all intents and purposes, “The Book of Boba Fett” failed to match the high standards set by the first two seasons of “The Mandalorian.”

The scenes starring Boba in the “modern day” (for lack of a better term) were lackluster at best and laughable at worst. The result was a mixed bag of episodes, each trying to balance revealing backstory and building tension to varying results.

Episode five breathed new life into the show and was the first episode that kept viewers on the edge of their seats. A familiar pair of shining silver boots arrives thumping, across the floor, marching through a butcher shop. Fans of the show already know who this character is, and suspicions are confirmed when the camera shifts to show the helmeted face of “The Mandalorian’s” main character, Din Djarin.

The episode centers around Din’s experiences after the events of his series and what it means for him to be the rightful owner of the Darksaber, an ancient Mandalorian weapon first introduced in “Star Wars: The Clone Wars” as a symbol for the ruler of the Mandalorian people. It also revolves around Din’s emotions regarding Grogu, his little green companion from the first two seasons of “The Mandalorian,” and how he feels after allowing the child to leave with “Star Wars” protagonist Luke Skywalker.

The return of Djarin and the Darksaber show it’s clear that his journey is far from over. His interaction with the other Mandalorians was emotional, from when they forged a new piece of armor for Grogu, all the way to his eventual conflict with the Mandalorians.

Not only was the writing and pacing of the episode excellent, but the fan service was subtle. Din’s new starship is a starfighter that appeared in 1999’s “The Phantom Menace,” an enjoyable callback for many. It’s difficult to imagine how the writers could make a better episode. Episode six  did just that.

Dave Filoni, through what can only be described as dark magic trickery managed to meet fan expectations, and exceed them. Picking up where the previous episode left off, this episode is chock full of familiar faces.

Episode six has raised the stakes for the show’s finale arriving next week and has fans waiting with bated breath to see what Favreau and Filoni have in store for us. Although these two episodes shook the fandom to its core, there is one glaring flaw. In the two best episodes of “The Book of Boba Fett,” the titular character seldom appears. These two episodes would have fit better in a third season of “The Mandalorian,” and ended up taking away from the story of Boba Fett himself.

The show had large shoes to fill, coming hot off the heels of the critically acclaimed “The Mandalorian.” However, the series is lackluster without these two episodes and offers little substance outside of the flashback sequences.