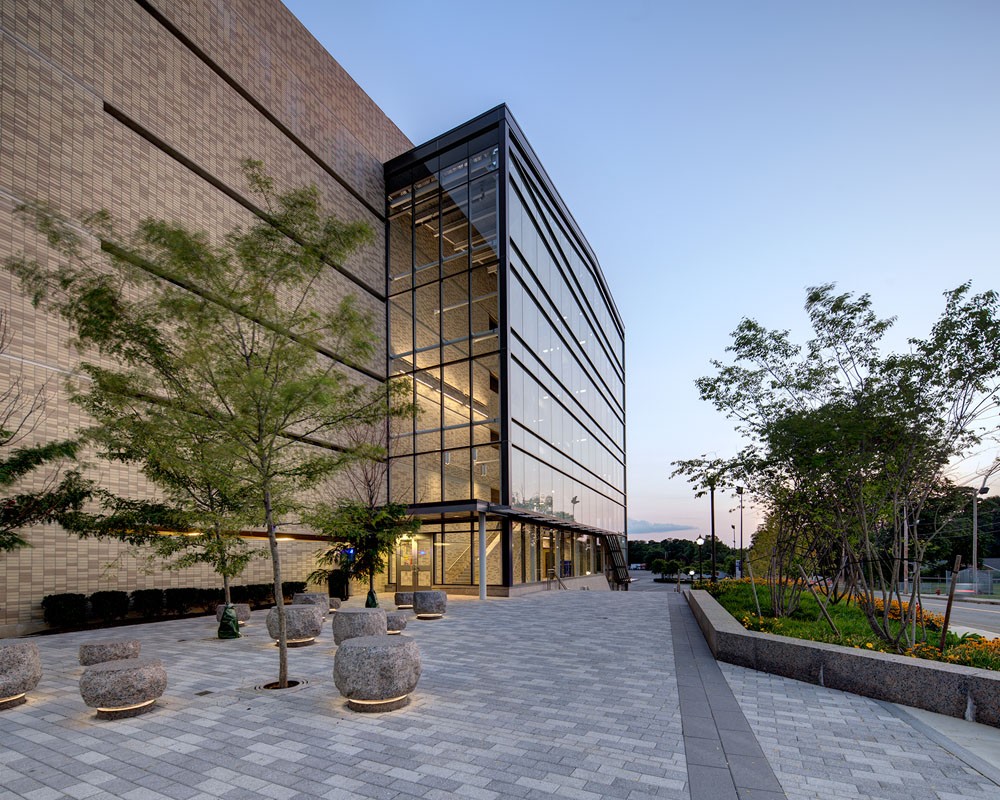 Tristyn Mitchell, a sophomore commuter student from Lowell, says that she wakes up two hours before her classes start each day. With a can of Red Bull tucked in her backpack, she walks 20 minutes from her house to the Inn and Conference Center, where she waits for the Yellow South shuttle to take her to her classes.

Once on campus, she may stay the whole day if she has a large gap in her schedule. Mitchell says that she does not like to go home in between classes, because it would be too much of a trip for her.

Mitchell goes to her classes, gets work done during her gaps and stays on campus for hours for LSAT prep. She goes home, grabs a bite to eat if she has time, goes to work and comes home. She says that she will often stay up until one or two in the morning getting work done. Then she gets up the next day two hours before her classes start and does it all over again.

The Red Bull comes in handy.

Statistics, however, are not in Mitchell’s favor. According to a study done at The College at Brockport in 2014, students who live on-campus are proven to have higher grade point averages (GPAs) than fellow students who commute to school.

“I feel commuter kids are more likely to put other things as a priority, like work and whatnot, where dorm kids are on campus, [so] everything is about school,” said Mitchell. “You might not be focused on that paper due in three weeks, rather than that rent bill due in three days.”

Laurence Siegel, associate vice chancellor, says that he tracks freshmen retention in order to gauge how the university should act to keep students coming back.

Siegel says that the on-campus culture helps foster student learning by creating an atmosphere that encourages students to do well. “They have all of that peer support that doesn’t exist when you’re isolated. Not to say that you can’t find ways of doing it [as a commuter student], but it’s that much harder,” he said.

In terms of advantages, students who are living on campus may have more flexibility in their schedules to attend tutoring or form study groups with fellow students.

“Being away from campus, you might not have as much resources… but I [also] found that students that are surrounded by other students, there’s this kind of ‘peer pressure’ to work,” said Dr. Michael Black.

Dr. Black is an assistant professor of English and an advisor for students in the journalism and professional writing concentration. As a professor, Dr. Black says that he has noticed that group work often poses a challenge to commuter students in particular due to having conflicts in their work schedule.

“I’d rather write a 25-page essay on my own than a 10-page essay with three other people. Especially if they’re all commuters. It’s the worst, because most of us have work schedules,” said Mitchell.

Late penalties are another issue that commuter students must always keep in the back of their minds. Mitchell says that most professors are understanding, but there are others who will take points off of a student’s grade for every minute they are late or simply count them as absent if they do not arrive within the allotted time. If students miss a certain number of classes, their grade will drop.

Mitchell says that the commuter life, while it has mostly worked out for her, can be frustrating at times due to traffic and dodging some professors’ late penalties.

“It’s not like I decided to go to the mall… and then I went out to some steakhouse and then Starbucks and strolled into class 40 minutes late. I came from home, and there was a car accident on the main road, so I had to take a 20-minute detour, and I came three minutes late. I shouldn’t have to be penalized for that,” said Mitchell.

She says that she tends to schedule her classes around traffic patterns and her own personal preference. “If I do see a class where it’s either 9:30 in the morning or four at night, I’ll take the 9:30 one, because I’d rather get up to go to school than stay late to go to school.”

Students who do not live in Lowell will often deal with an even longer commute. “I have a friend where it’s lucky if [the commute] takes her 40 minutes,” said Caroline Bain, a sophomore commuter student from Chelmsford.

Bain says that she herself is lucky to only have to deal with a 15-minute commute from her home. She says that most of her issues with commuting have been resolved through scheduling her classes around her work schedule and not the other way around.

Both Bain and Mitchell say they make the most of what they have while they are on campus for their classes. Mitchell uses any gaps between classes in her schedule to do work, and while Bain prefers to do the bulk of her work at home, she will use her own gaps to study.

Bain says that she is surprised by the statistics that point to commuter students having lower GPAs. “My grades are better in college than before,” she said.

Mitchell, however, said she could see why the studies came out the way they did. “[Residential students] live on campus, so they can go to the library or tutoring center any time they want, or be around for office hours any time they want,” she said.

In the study done by the College at Brockport, the researchers suggested that universities should offer off-campus tutoring services that are easier for commuter students to attend. In order for that to happen at UMass Lowell, though, there would have to be a strong demand by the students affected.

Siegel says that he has been working with students for over 30 years, and the particular situation with commuter students and their GPAs has not changed. “The challenge has always been finding the commuters and getting them engaged,” he said.

Mitchell, however, is proactive about performing up to her high standards. If she finds herself slipping, she said she will focus harder on her studies and bring herself back up.

“It’s all about self-control,” Mitchell said.